Nobody can match his extraordinary blend of suavity and savagery …
Thank goodness he is on our side. 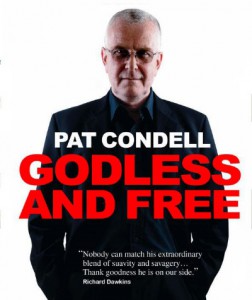 Freedom Is My religion

Listen, BUDDY, you do not know Islam. Islam is a religion of peace. Prophet Mohammad ( … ) preached peace. He was all about peace. That is why he wrote Koran himself. The entire Koran was hand written by Mohammad, even though he was illiterate, but you see he was chosen by Allah, so he was the chosen one, the one and only true messenger of Allah. So it is in fact Allah\’s own words that are in Koran, and Koran is full of peaceful teachings, I know this because I am a follower of Koran and I read it like 15 times a day, so I know it well. You have insulated Islam and now I will have to KILL you. I wish death upon you for mocking such a peaceful religion. I will pray for a violent death for you.